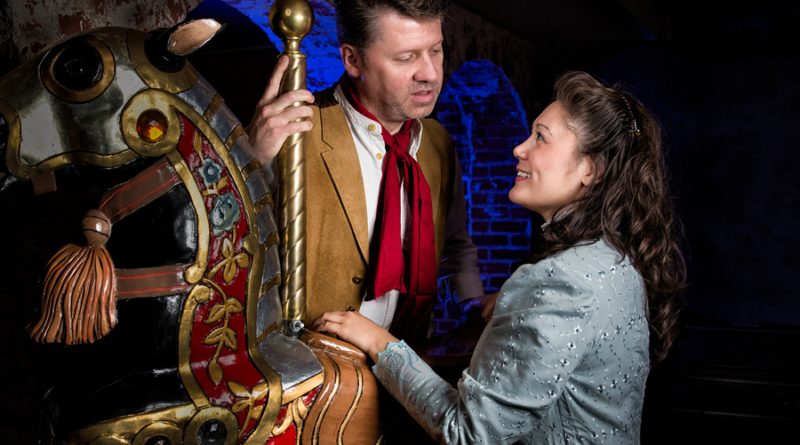 In a small 19th-century town in Maine, carnival barker, Billy Bigelow, captivates and marries Julie Jordan, a naïve mill-worker. Billy loses his job just as he learns that Julie is pregnant. Desperate to provide for his family, Billy makes fatally rash decisions, but he is given a second chance that makes all the difference. 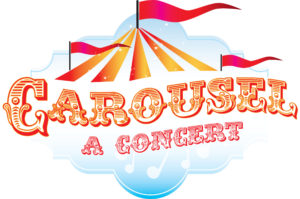 “Carousel, A Concert” is directed by Brint Learned, executive director of Rabbit Run Community Arts Association in Madison.  For the past 20 years, Learned has acted and directed at numerous theaters in Northeast Ohio, including The Fine Arts Association, The Beck Center for the Arts, Lakeland Civic Theatre, Lake Erie College and Ashtabula Arts Center.

“While still a fully-staged performance with stunning choreography and gorgeous period costumes,” says Learned, “this production is unique in that the concert-style allows the actors to share the stage with the musicians.”

“We feel this creates an added depth to the story and enhances Rodgers and Hammerstein’s glorious score. With an exceptionally talented cast and musicians, this production promises to be an exciting experience for our audiences.”

Playing the role of Billy Bigelow is Scott Posey.  Posey is head of the Performing Arts Department at Lake Catholic High School.  He has performed in numerous Northeast Ohio theaters including Great Lakes Theatre, Porthouse Theatre, Cain Park and the Beck Center for the Arts as well as singing with the Cleveland Opera and the Cleveland Pops Orchestra.

Playing opposite Posey is Evie Koh in the role of Julie Jordan.  Koh has performed at Rabbit Run Theatre as well as the Beck Center for the Arts, The Fine Arts Association, and Chagrin Valley Little Theater.  She has also sung with the Blossom Festival Chorus and the Cleveland Orchestra Youth Chorus.

Also appearing is Tim Shinkle as Jigger, Billy’s partner in crime, and Paige Hiedrich as Julie’s friend, Carrie.  Enoch Snow is played by Lincoln Sandham and the narrator by Greg Gnau with Ingrid Balstad as Mrs. Mullen and Maria Lister Lyons as Nettie.  The ballet dance sequence is performed by Hannah Green and Jeremy Adkins.