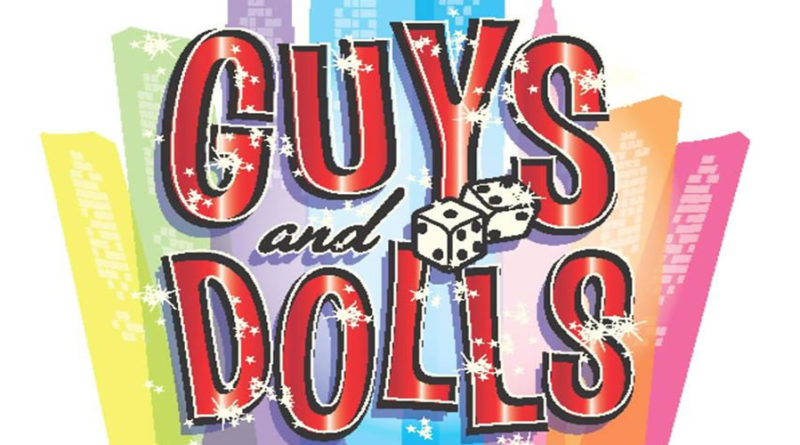 MADISON, OH – Winner of five Tony Awards, including Best Musical, “Guys and Dolls” opens June 2 at Rabbit Run Theater in Madison. With music and lyrics by Frank Loesser and book by Abe Burrows and Jo Swerling, “Guys and Dolls” is based on a story and characters of Damon Runyon.

Gambler, Nathan Detroit, tries to find the cash to set up a craps game, while the police breathe down his neck. Meanwhile, Nathan’s girlfriend and nightclub performer, Adelaide, laments they have been engaged for fourteen years with no nuptials in sight. Nathan turns to fellow gambler, Sky Masterson, for the cash, and makes a wager with Sky that involves whisking the straight-laced missionary, Sarah Brown off to wine and dine her in Havana, Cuba. But Sarah has a mind of her own and all bets are off in this classic 1950 musical.

“Guys and Dolls” is rated general audience and is suitable for family entertainment. Families will enjoy the theater’s new youth ticket for ages 12 and under of only $10 each.

“Guys and Dolls” is directed by Brint Learned, executive director of Rabbit Run Community Arts Association in Madison. For the past 20 years, Learned has acted and directed at numerous theaters in Northeast Ohio, including The Fine Arts Association, The Beck Center for the Arts, Lakeland Civic Theatre, Lake Erie College and Ashtabula Arts Center.

“With an outstanding musical score and some of the cleverest dialogue ever written for the musical theater,” said Learned, “’Guys and Dolls” truly stands the test of time, and we are thrilled to bring this production back to the barn stage.”

Musical direction is provided by Danielle Jones with choreography by Jill Tschetter.

Playing the role of Sarah is Alice Nelson. This is Nelson’s first performance at Rabbit Run having performed previously with Silhouette Productions as well as performing as a soloist with the Cleveland Opera Theater.

Playing the part of Sarah’s love interest, Sky Masterson, is Scott Posey. Posey is head of the Performing Arts Department at Lake Catholic High School. He has performed in numerous Northeast Ohio theaters including Great Lakes Theatre, Porthouse Theatre, Cain Park and the Beck Center for the Arts as well as singing with the Cleveland Opera and the Cleveland Pops Orchestra.

Saturday, June 24, is Rabbit Run’s annual summer fundraiser, “Luck Be a Bunny Tonight—Guys and Dolls . . . and You.” An alfresco meal of Latin-inspired heavy hors d’oeuvres will be served while guests bid on silent and live auction items. The evening culminates with a performance of “Guys and Dolls”. Tickets are $60 a person or $520 for a table of eight. Tickets are available online, at the box office or the RRCAA office at 440-428-5913.

Also available are raffle tickets for a chance to win a trip to New Orleans, LA. The winner will enjoy a week in a restored home in the Garden District as well as a voucher for $2,000 to be used for travel expenses and/or entertainment. The winner may instead choose a $4,000 cash option. Only 250 tickets will be sold. Tickets are $50 each and available at the box office, online or at the Rabbit Run office. All proceeds benefit RRCAA.