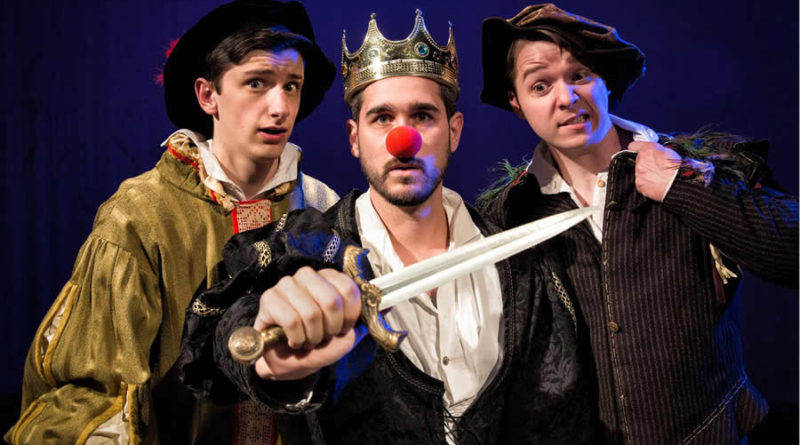 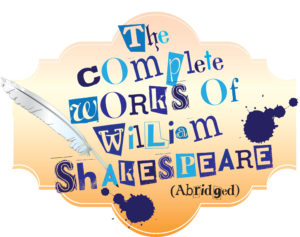 “The Complete Works of William Shakespeare (Abridged)” touches on all 37 of Shakespeare’s comedies, tragedies and histories in just over 90 minutes as three actors weave their way through all of the bard’s works in this fast-paced production.

Performing in the show are Seth Clerget, Josh Dean and Cameron Zona.

Clerget has performed at Aurora Community Theater, the Fine Arts Association and Chagrin Valley Little Theater as well as other theaters in the area.

In addition to being an experienced actor, Dean, no stranger, to the Rabbit Run stage, has also appeared on film as an actor and stunt performer with Stunt Predators, USA.

This production is directed by Mark Cipra.  Cipra has directed plays both classical and modern at various theaters in Northeast Ohio and acted in numerous roles as varied as King Lear to Captain Hook.

An event connected with the Saturday., Aug. 13, performance is “Much Ado About Rabbit Run”, a benefit for Rabbit Run Community Arts Association.

Guests will enjoy favorite British pub foods while bidding on auction items.  A town crier will keep guests abreast of the evening’s events, while period-costumed singers perform throughout the evening.   A selfie corner with costumes will be available, plus lots of games to play.  The evening is topped off with a performance of the comedy “The Complete Works of William Shakespeare (Abridged)”.

The event is at Rabbit Run Theater, and doors open at 6 p.m. Tickets for “Much Ado About Rabbit Run” are $60/person and may be reserved through the box office.

All shows begin at 8 p.m.  “The Complete Works of William Shakespeare (Abridged)” is rated for general audiences.