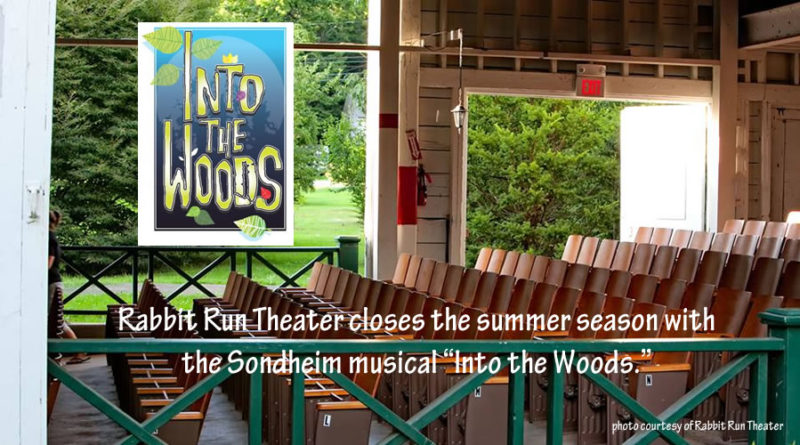 MADISON, OH – Tony Award winning “Into the Woods” opens Aug. 11 at Rabbit Run Theater in Madison.  “Into the Woods”, with music and lyrics by Stephen Sondheim and the book by James Lapine, is based on characters found in several Brothers Grimm and Charles Perrault fairy tales.

The story follows a Baker and his wife, and a mish mash of fairy tale characters as they enter the woods, seeking their life’s desires.  Everyone’s wish is granted but only amid many trials and tribulations, and all at a great cost.

“Into the Woods” is directed by Brint Learned, executive director of Rabbit Run Community Arts Association in Madison.  For the past 20 years, Learned has acted and directed at numerous theaters in Northeast Ohio, including The Fine Arts Association, The Beck Center for the Arts, Lakeland Civic Theatre, Lake Erie College and Ashtabula Arts Center.

“I have always loved that ‘Into The Woods’ takes the fairy tales we have all grown up with and turns them inside out,” says Learned. “Watching the production, you quickly realize that the characters in these stories are dealing with the same longings and challenges that we all face in our own lives. This gives the production a viewpoint that is equal parts achingly funny and painfully touching.”

Musical direction is provided by Chris Bott.  Bott earned a Master of Music degree in music theory from Ball State and has musically directed at Venice Theatre in Venice, FL, and has taught at Walnut Hill School for the Arts in Natick, MA.

Playing the part of the witch is Maria Lister Lyons, who has appeared in numerous performances at Rabbit Run as well as performing at Great Lakes Theater Festival, Lakeland Civic Theatre and the Fine Arts Association.

The Baker is played by Jim Slike.  This is Slike’s first appearance on stage at Rabbit Run for over ten years.  Danielle Jones is portraying the Baker’s Wife.  Jones appeared in the theater’s production of “Carousel” last season and has served as the musical director for a number of productions at Rabbit Run.

Also appearing in the show are Stephen Sandham as Jack, Alison Lehr as Cinderella, Brynna Wright as Little Red, Sandy Kosovich Peck as Jack’s Mother,  J. J. Luster as both the Wolf and Cinderella’s Prince and John Kost as Rapunzel’s Prince.

Raffle tickets are available for a chance to win a trip to New Orleans, LA.  The winner will enjoy a week in a restored home in the Garden District as well as a voucher for $2,000 to be used for travel expenses and/or entertainment.  The winner may instead choose a $4,000 cash option.  Only 250 tickets will be sold and may be purchased  through Aug. 27.  Tickets are $50 each and available at the box office, online or at the Rabbit Run office.  All proceeds benefit RRCAA.