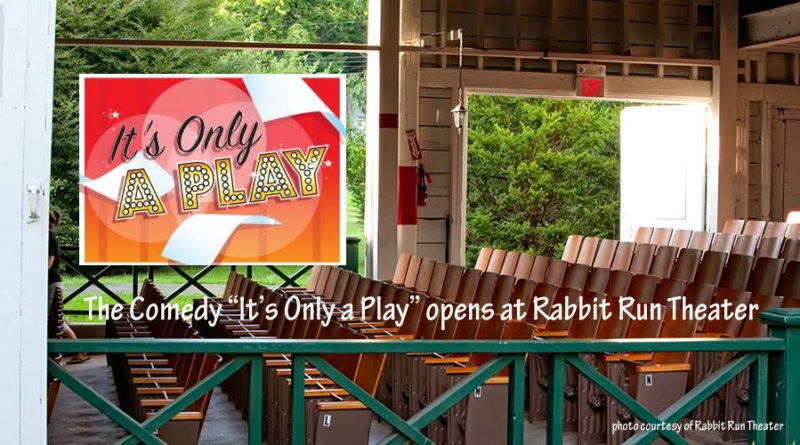 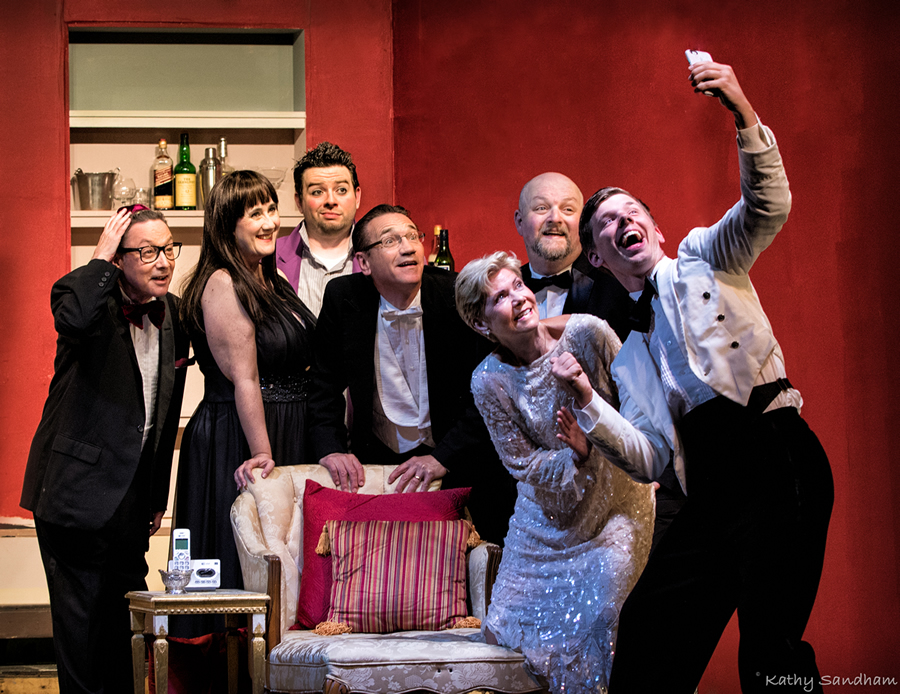 Julia Budder throws a lavish party celebrating the opening of her play, The Golden Egg. While celebrities pour in downstairs, a group of insiders stake themselves out upstairs to await the reviews. A mixture of an excitable playwright, an unstable director and a pill-popping leading lady to name a few, is a recipe for all the narcissism, ambition, childishness, and comedy that infuse the theatre.

Playing the role of Julia is Ingrid Balstad, who has performed in numerous shows both at Rabbit Run Theater and the Fine Arts Association in Willoughby. Christopher Ashmun is playing James, an actor in the Julia’s show, with Trey Gilpin portraying the brilliant director Frank.

Sandy Kosovich Peck is playing the actress Virginia. Peck has performed in and directed numerous shows at Rabbit Run and is a theater faculty member at The Fine Arts Association in Willoughby. Also performing is Marc Battista as Ira, the critic, Carl Simoncic as the playwright and Frank Ivancic as the hired help Gus.
“It’s Only a Play” is directed by Ann Hedger, programming coordinator at The Fine Arts Association. Hedger has been associated with Rabbit Run since the 1980’s as an actor and director.

“I feel like we are bringing Broadway to Madison, Ohio,” says Hedger. “Terrence McNally’s play is a hysterical view of what opening night of a play on Broadway is like, while waiting for that elusive and hopefully rave review from the New York Times.”

“The over the top cast of “It’s Only a Play” are bringing the world of the playwright, actress, producer, director, critic, hired help and supportive friend to crazy heights in this fast paced, adult comedy. We are having a blast exploring this world of high stakes theatre and are excited to share it with Rabbit Run’s audiences.”

All shows begin at 7:30 p.m. “It’s Only a Play” is rated for 13 plus, adult audience for language and content.