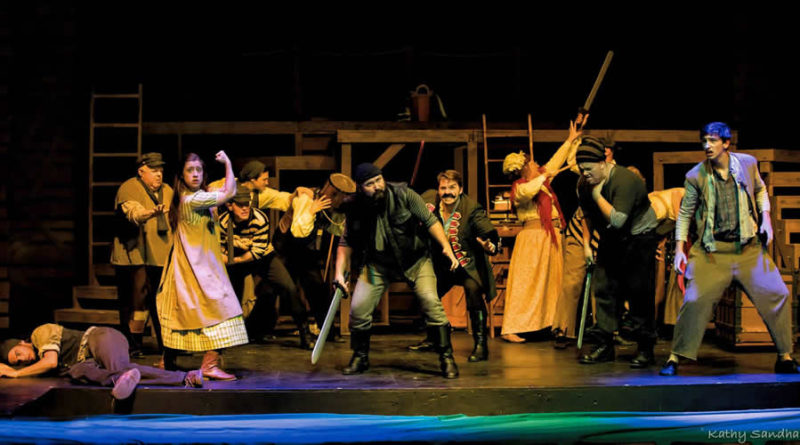 MADISON, OH – The family-friendly production of “Peter and the Starcatcher” opens at Rabbit Run Theater, Friday, July 21, and runs through Aug. 5.

This Tony Award-winning comedic play with music upends the century-old story of how an orphan comes to be the boy who would not grow up (a.k.a. Peter Pan).  Peter and his orphan friends sail from Victorian England having been sold to an evil king from a distant land. At sea the boys discover Molly, a starcatcher-in-training, as well as a cargo of starstuff,  a substance with magical powers.  The pirate Black Stache enters with an eye for the starstuff as well.

Playing the role of Molly is Paige Hiedrich, a music education and vocal performance double major at Baldwin Wallace Conservatory.  Playing opposite Heidrich as the orphan, Peter, is Tyler Lord, who is new to the Rabbit Run stage.  Black Stache is portrayed by Josh Dean who has performed in numerous 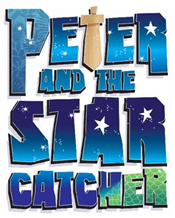 “Peter and the Starcatcher” is directed by Mark Cipra.  Cipra has directed plays, both classical and modern, at various theaters in the region and acted in hundreds of roles as varied as King Lear to Captain Hook.  He performed at Rabbit Run Theater in the 2012 one-man production of “The Mystery of Charles Dickens” and last summer directed the theater’s production of “The Complete Works of William Shakespeare, Abridged”.

“It’s a script that manages to balance many things: it’s tender, sweet, satirical, modern and Victorian all at once, and it’s hilarious from beginning to end,” says Cipra.  “The style of the show is eclectic as it is a group of actors coming together to tell the story of how Peter Pan came to be who he was.”

“We use every theatrical trick in the book, incorporating the feel of an English music hall, cartoony fights, acrobatics and ballet, you name it, to get that story across.”

Saturday, July 29, offers a family matinee performance of the show at 2 p.m.

All shows, except the matinee on July 29, begin at 7:30 p.m.  “Peter and the Starcatcher” is rated for a general audience.