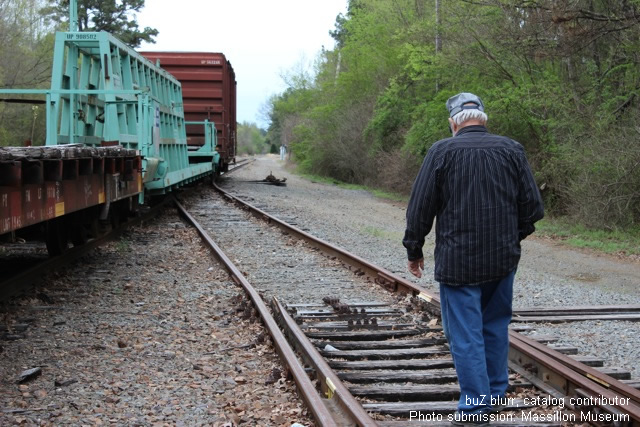 Moniker: Identity Lost and Found will open at the Massillon Museum June 23 with a free public reception from 6:00 to 9:00 p.m.

The exhibition is an unprecedented documentation of mark-making and monikers. The grassroots movements started in rail yards more than a century ago and continue today. During the late 1800s, blue-collar workers and travelers began drawing unique symbols and words on the sides of train cars in chalk, ephemeral marks that crossed the countryside, exposed to anyone who idly watched passing trains. Over time, mark-making developed into a coded system of communication. Through repetition, recognition, and transcontinental exposure, symbols took on a deeper meaning. A drawing became a moniker: a name, an identity.

The exhibition will encompass historic photographs, scrapbooks, railroad artifacts, news clippings, letters, and an audio component. Among the most important works in the exhibition will be never-before-seen personal artifacts of the late Bozo Texino, whose style and name have been appropriated by a number of artists since the era when he was most active—the 1910s, ’20s, and ’30s. Another of the iconic past practitioners represented in the exhibition will be the late Margaret Kilgallen, a renowned figure in graffiti culture.

Moniker will continue through October 21. Throughout the duration of the exhibition, a number of lectures, workshops, and related programs will be offered, nearly all free and open to everyone. The limited-edition hardbound, full-color catalog can be pre-ordered now (330-833-4061) or purchased in the Museum shop beginning June 23.

The Moniker exhibition is funded, in part, by Ohio Humanities and the Tom E. Dailey Foundation. The Massillon Museum receives operating support from the Ohio Arts Council and ArtsinStark.

Moniker: Identity Lost and Found can be seen during regular Museum hours: Tuesday through Saturday 9:30 a.m. to 5:00 p.m. and Sunday 2:00 to 5:00. The Museum will be closed Wednesday, July 4, to celebrate Independence Day. A visit to the Massillon Museum is always free. The Museum is part of the Museums for All and the Blue Star Museums programs. 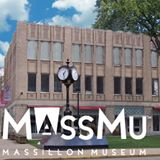