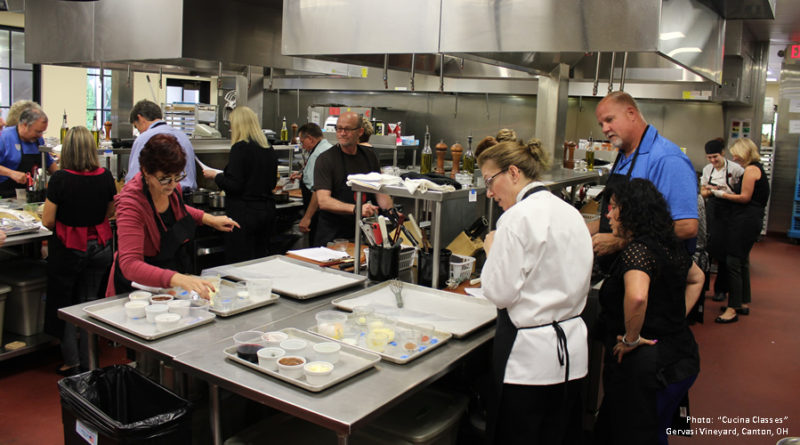 When people walk into Gervasi’s spotless professional kitchen they enter a mysterious new world where sizzling stoves sing out an invitation to new friendships. The Cucina Culinary Ed-ucation Center has been a unique intersection of cooking, travel and entertainment since Gervasi Vineyard opened in 2010. Here Julianna Wilmoth shares her own skills honed at a prestigious cooking school in Ireland with additional classes throughout the United States. She also brings a team of skilled professional chefs with local ties to stir up new classes in interna-tional cuisines, cooking skills, and enough special interest classes to keep the most dedicated foodie in a state of delight for years to come. But, Julianna’s voice takes on an excited trill when talking about the social aspects of her classes.

“It’s like having a dinner party every night! I love watching people meet each other over great food and wine. New cooking clubs have sprung up all over the area from people meeting in a Cucina cooking class and deciding to get together on a more social basis.” 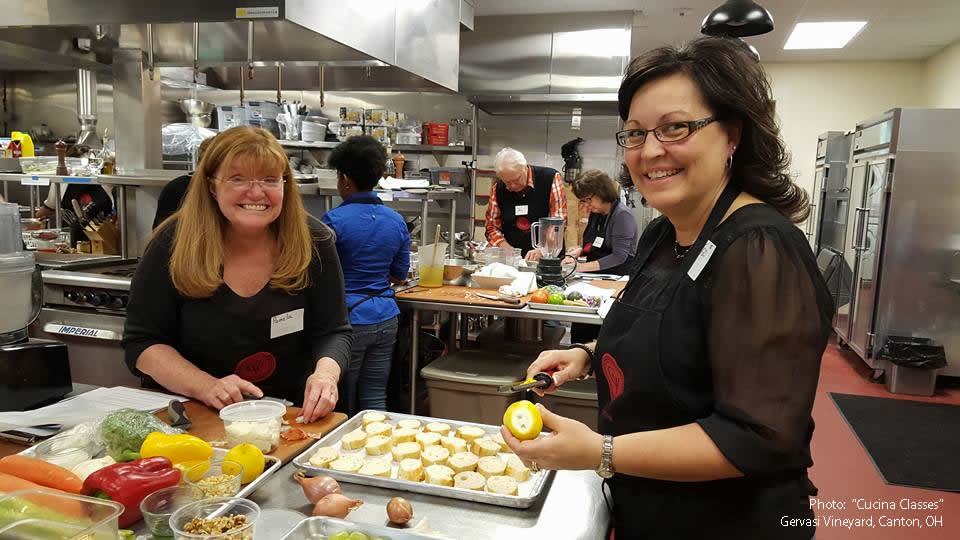 The joy of cooking was never more true than when Cucina cooking classes are in session. Julianna Wilmoth presides over a virtual world tour of culinary delights. “One of our chefs, Anne Haynam, loves to travel and won’t do a class unless she has been there and experienced the culture. Her students virtually visit other parts of the world through stories and tastes. It’s the next best thing to being there yourself!” This year’s popular Passport Series will include classes themed for the Chinese New Year, Advanced French Techniques and Barcelona Tap-as. In addition, there will be classes on “Southern Cooking”, “Traditional Irish Kitchen”, “Indian Essentials”, and “Curry A Favor.” Bring your questions, but leave the luggage at home.

Other chefs lead classes in their different specialties. Kathy Lehr, for example is the only per-son in Ohio to study at the prestigious Verace Pizza Napoletana in Marina Del Rey. She brings her special passion for breads to classes on “Pizza and Stromboli,” and “Kneadlessly Simple Breads.”

In preparing for classes planned 6 months in advance, Julianna visits food expos, web sites, and even area grocery stores to talk about current food trends. She also follows some celebrity chefs and tries to emulate their style and freshness. “With the things area grocery stores now carry, we can do dishes previously out of reach. For instance I wanted to cook a dish from Yotam Ottolenghi, whose middle eastern recipes are fantastic. I found the necessary pome-granate molasses at the Market District in Giant Eagle!” 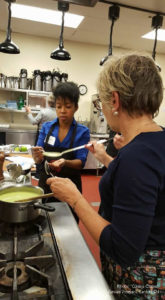 Every Cucina Culinary Class is hands-on with the teaching chef setting the tone and students working at “mise en place” stations meaning all the ingredients are in place. Each student does 2-3 recipes. At the end of each class all the food is served buffet style with a perfectly paired wine.

However, one of Julianna’s most exciting classes prefers lemonade over wine. “Last week we had our first ‘Cooking With Kids’ class and it was a fantastic experience to see the next genera-tion learn about ingredients and cooking techniques.” Kids saw how some of their favorite foods could be homemade, including pizza, chicken nuggets and, yes, lemonade. A second “Cooking With Kids” class will make a five course meal with stuffed pork chops and full dessert.

The creative art of cooking does more than add good taste to people’s lives. As the Smithsonian recently reported, “In recent years, psychologists have started spending more time exploring cooking and baking as a tool to help people dealing with things like depression and anxiety.” Under Julianna Wilmoth’s direction, Cucina Cooking Classes have been chasing away the blues and adding spice to people’s lives. No wonder the classes are listed under the “Play” nav-igation on the Gervasi web site.

All Cucina Culinary Education Center classes take place in Gervasi’s main kitchen located in The Villa Grande building. To learn more, and to register for a future class, visit: www.gervasivinyard.com/play/the-cucina. 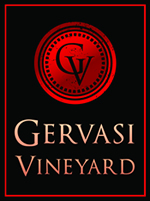